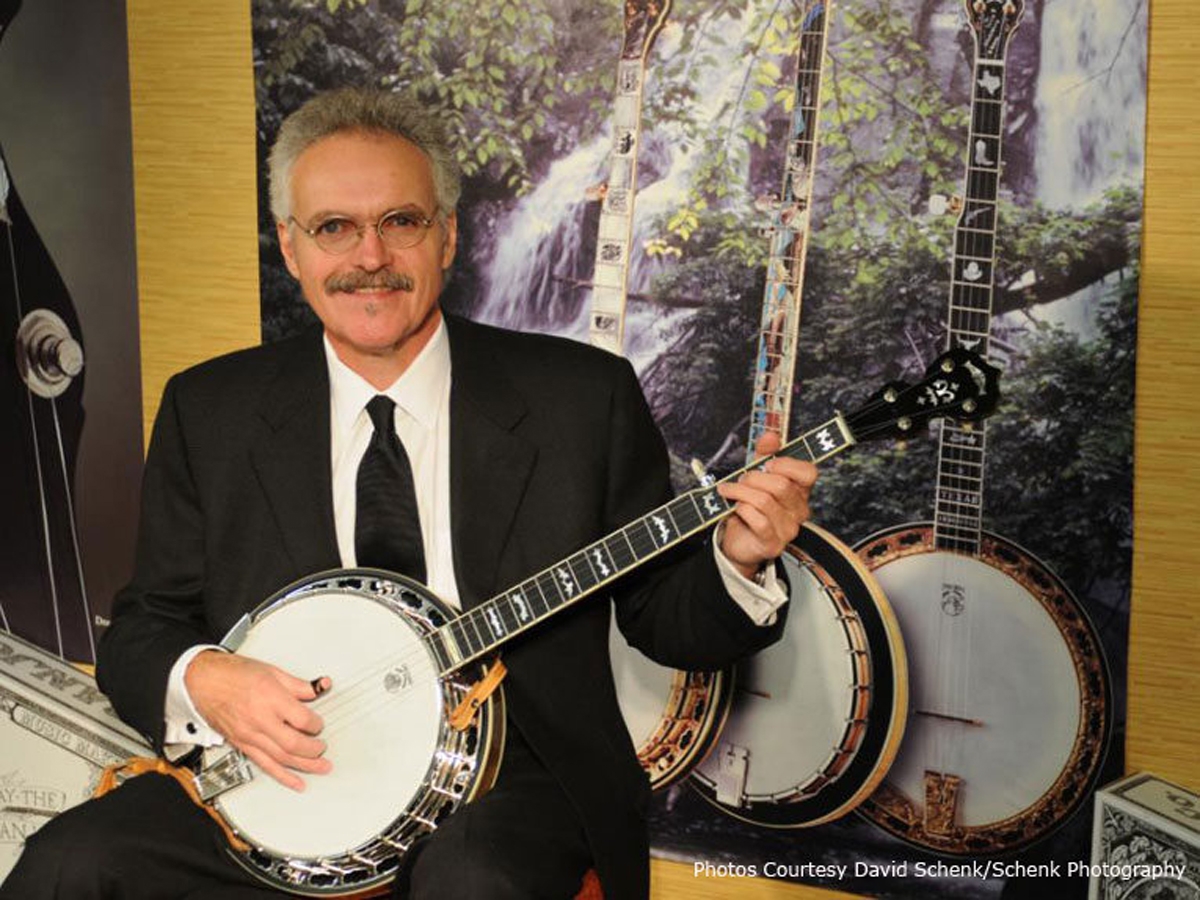 Terry Baucom, from Monroe, North Carolina, heard the sound of Earl Scruggs’ banjo on the Beverly Hillbillies television show and at the age of 10, found himself wanting to learn to play.  His parents gave him a banjo that year for Christmas and he was soon performing locally and regionally with his father’s band, “The Rocky River Boys.” A few years later, he also started playing fiddle and got more experience from joining L.W. Lambert and The Blue River Boys, as well as, A.L. Wood and The Smokey Ridge Boys.

Baucom is known as “The Duke of Drive,” a reference to his ability to “drive” a song with his steady, hard-driving banjo style.  His first professional job came in 1970 with Charlie Moore and the Dixie Partners. In 1976, he joined Ricky Skaggs, Jerry Douglas and Wes Golding to form “Boone Creek”, a band based in Lexington, Kentucky.

In 1979, he was a founding member of Doyle Lawson and Quicksilver. He toured and recorded with the band for the first 6 years and later returned to “Quicksilver” from 2003-2007.  Baucom was the original banjo player for IIIrd Tyme Out and appeared on their first two recordings on Rebel Records.

In 2011, he released his first solo project, “In A Groove,” on the John Boy & Billy Label.  By 2013, his second solo project, “Never Thought of Looking Back,” was released. It featured the award winning song, “What’ll I Do”, which received the 2013 Recorded Event of the Year award from the International Bluegrass Music Association (IBMA).

After working in Bluegrass Music as a sideman for more than 4 decades, in the Fall of 2013, he formed his own band, “Terry Baucom’s Dukes of Drive”.

Published in 2015
Tagged under
More in this category: « Lulu Belle and Scotty Wiseman The Lewis Family »
back to top